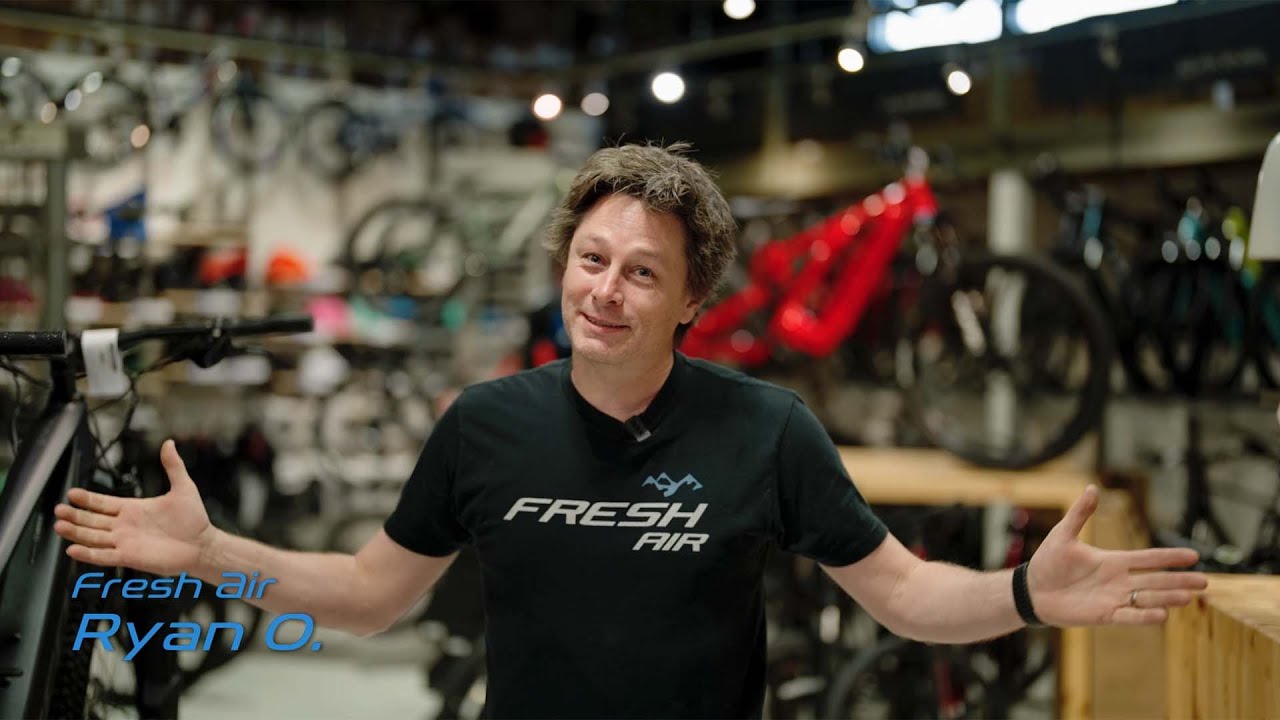 Here we go to a new vlog. Thank you. It's like a new year for me. Year end's over, inventory is over. I have dreams of "beep beep beep," but it's done we're on to a new year.

On top of that, we're actually working on next year's bike orders. It is the beginning of June and it’s that time of year for Kelowna cycle shops. Hard to believe we're working so far ahead, but within a week all next year is going to be done and we're going to be working on winter going into the hottest part of the year! But there we go. That's just our cycle.

We have seen a lot of customers come through, we've been looking online, there are some great deals online when you buy a bike and we've seen some customers get caught with a couple of sticky situations.

My only advice to you is to meet the seller at a shop so you can take a quick look. It’s hard to do a quick inspection yourself, especially if you don't know what you're looking for. Just go in, get the guys to take a quick look just to give you an idea when it's going to need to get running or keep running or what kind of shape it's in. Do your due diligence. I would hate to see you get caught out.

Alright in the bike shop today, we have Lucas. We've been trying to nail this guy down for about a year. It's always like I got too much homework. I got a class, I got this. But school's out, so we finally got him on camera. Here's Lucas talking about his bike.

Hi, I'm Lucas. I'm a sales associate here at Fresh Air. I'm on the floor all over the place here. I love talking about bikes. I just got a new bike this season, it's the 2022 Trek Slash. I bought this bike because I want to do some bike park days this year. I also love pedalling just as much. It's the kind of bike that can do it all: bike park, and enduro races … which I plan on doing a few this year. But yeah, so far it's been a great big, burly bike. It loves everything that I can throw at it.

My favourite Kelowna mountain biking trail is probably Vapour to Connector, that's a classic loop and I just can't get enough of it.

As you can see the Trek Slash is one of the staff favourites this year. If you see Lucas out on the trail say hey, give him a high five. He's out there all the time.

All right, so we picked up a new brand this year: Leatt mountain bike clothing and accessories. We have Steve in here today talking about the products, what's new, I mean, it's all new to us. He's going to show you guys what's cool with the line. Come in, check it out.

What's going on guys, my name is Steve. I'm here with Leatt. We're going to talk today about a couple of cool little innovations and details on some of the products that landed here in the sports store.

I'm holding here the Leatt 4.0 Gravity mountain biking helmet. Something unique and proprietary to Leatt is our 360-degree turbine technology, you see these little blue turbine polymers inside there. What that's going to do is reduce the peak rotational acceleration of the brain by up to 40%. And what that basically means is when you hit your head really hard, it's going to slow that rotation by 40%, reducing the incidence of concussions and at the same time, for any of those straight-on compression impacts, it's going to actually reduce that impact energy by 30% as well. It’s really cool technology that is exclusive to Leatt, that will be available in all Leatt helmets available here at Fresh Air.

This is a Leatt neck brace. It’s what Leatt got its name for so when you're going to the Big White bike park or SilverStar bike park, make sure you grab a Leatt neck brace, we're the ones who innovated this technology and made it a staple. It's something that you shouldn't forget in your gear bag when you're heading up to the mountain.

On top of the neck braces, we also make a large array of different chest protectors and tons more mountain biking protective gear. Thanks for listening and I hope to see you on trails.

Awesome. Thanks a lot, Steve. It's great to catch up. Great to see you today. We finally got you on camera. Come on, guys. Come check out the Leatt stuff. It's phenomenal.

All right, that's a wrap another vlog down. Heading into the end of June. It's a busy time for us: my anniversary, (congratulations Amie!), Jack's birthday and Father's Day. We're coming up to summer holidays, it's going to be super busy. Everybody. Enjoy the fresh air, get out, ride your bikes, and take the stress away. Just have a great time. Get out and enjoy the fresh air!

Ride your way through June with the help of your favourite Kelowna bike shop. We’re here for expert advice and fittings on your bike, paddle board or running shoes in Kelowna. See what’s in store.